Everyone knows that the one thing the daughter of a single mother cannot do is get pregnant at a tender age out of wedlock. It is drummed in from very early on. ‘Yes, yes,’ you always reply and roll your eyes at your sister, who has also been hearing the same lecture for as long as she can remember.

Now, as you stand in the bathroom with a white plastic stick showing two blue lines, you hear those words over and over again running through your brain, like a mouse trapped in a wheel. And you also know that this is when it’s all still okay. This is before you have to walk down the stairs, sit at the kitchen table and try to act as calmly as possible when you tell your mum that unfortunately the apple hasn’t fallen far from the tree.

You expect your mum to shout and scream. You expect tears, and maybe even broken crockery. What you don’t expect is silence, broken only by the gentle ticking of the clock above the cooker. ‘What have I always told you?’ said in a deadly whisper is infinitely worse. It hangs above the kitchen table like a black cloud about to burst open and spray you with bone-chilling sleet. You always knew that you were in the deepest trouble when there was whispering.

This is the question you have been dreading most. It would not be anywhere near as bad if the father, if you can already call him that, was a strong, stable and good person, someone who had been in your life for a long time, someone who people looked at with a soft expression on their faces and said, ‘he’s a good ’un, isn’t he?’ Or maybe it was someone you had just met, but people looked at the two of you together and said, ‘well, that’s real love if ever I saw it.’ But no. The father of your unborn child is someone you met at a nightclub and you have obviously never talked about having children. But you know, without even asking, that he’s not going to be one of those men who “steps up to the plate.”

Your mother rubs her face with her ring-less hands. ‘And are you planning on keeping it?’

She looks at you and you can’t hold her stare. This question is worse than the father question.

‘Uhm, yes?’ she parrots. Now the screaming starts. ‘Young lady, there is no uhming and ahing in this situation. Having a baby is hard work. The sleepless nights, the crying, the changing, the feeding, giving up any wishes you had for yourself or your future until they’re at school. Or worse. You might never get those chances back again. And let’s not get started on what being pregnant does to your body. Am I making myself clear?’

You look down at your trembling hands and feel a few tears roll down your cheeks and splash onto the red and white checked table cloth.

‘It’s not that I didn’t love you,’ your mother says, ‘but being a mother is a huge sacrifice and I just want you to understand that. Having a baby is something you need to be one hundred and ten per cent sure about.’

You nod. Technically, you can’t be one hundred and ten per cent sure about anything, but this is not something you feel should be pointing out at this moment.

The back door swings open and your older (not yet knocked up) sister barges into the kitchen and stops abruptly, taking in the drama that is circling the room. ‘Uh oh,’ she says, still with a smile dancing between her lips and eyes. She won’t be smiling soon, you think.

Your mother looks at you and says, ‘Well, Beth, this is your news to tell.’

You look at your sister, who has bitten into an apple without washing it first.

‘I’m pregnant,’ you say, and watch her chew very slowly, eyes still soft but changing from smiling to concerned. And then to your horror you see the flicker of anger whirl around her face before she speaks.

‘The usual way,’ you reply, because you’re sure sarcasm is your only saviour right now.

She rolls her eyes. ‘Trust you.’

And you don’t know whether she means the pregnancy or the sarcastic remark.

Laura Besley squeezes writing into the beginning and end of her day, when her young son is sleeping. She has been published in several anthologies and online. After living abroad for ten years, she has just returned to the UK with her family. 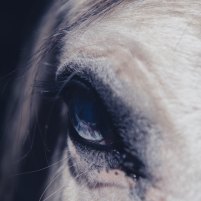