We pitched our tent in the glow of evening on the grass by the small wooden pier where the fishing skiffs were tied. The hotel was on its own in a scatter of trees in a landscape of peat-bog and moor. The hunters gathered in the bar in camouflage and Barbour, dressed for the kill, connoisseurs of loud talk and whisky. A fire in the corner. A chill in the glass.

– and the thrill of the chase.

Clouds of light and shade spilled out of the high rivers and the streams that flowed down from the hills and filled the loch with trout and Arctic char. Most of the visitors came to fish. One or two were still on boats on the water as the sun went down. They had rods and nets on sticks and bait and food, and paid for the right to fish.

To fish was to imagine the impossible while doing nothing, to dream of rods and flies and the smell of the water, the stirring of the flies on the surface and the ripple of life among the reeds and the grasses. The trick was to trick the fish into hooking themselves.

The sun went down over the hills and we slept in our tent by the water. The night was cool and bright, and the light on the water reflected the lights of the stars back at the sky.

The next morning we went up on the moor and lay in the grasses and watched the gillies in Land Rovers pick out a stag on their walkie-talkies. The deer merged with the bracken, and stared with eyes like pools of water. The birds, startled, rose into the safety above.

– The deer can smell the guns,

– They can sense the crackle of the radios in the air.

The stag was upright and stiff in the wind. He was old and his place in the rut was lost but he had grace and attitude. He was alone in the grasses, upwind of the gillies who pushed him away from where he wanted to be. The wind was soft and bright and his nose was in the air.

The hunters spent the morning in the bar. The gillies led them into the hills and away from the stag. Their scent drifted across the moor. The stag was stilled in the landscape, where he could not run.

– It’s the tracking I love,

– and the scent of the deer.

The gillies led them up the back of the wind, sniffing the spoor and scratching the scent out of the soil and the grasses. We could see their shadows as they went over the rise of a hill and along a spur, walking away from the deer, which they could not see. They followed a trail that took them over the dip of a hill and out of our sight, stepping on flat stones over a stream, and back along the ridge to come within sight of the stag.

They lay on the ground between the shadows of the clouds and the murmur of the streams. The blast was harsh and split the bone. There were two shots. One from the hunter, and one from the gillie at his side.

the gillie said later, though the stag ran for twenty feet or more before he fell to the ground.

The hunter closed in on the stag to pose for pictures. He knelt in his hat on one knee. The guts of the stag were left on the ground for wild cat or fox, and a gillie dragged its carcass onto the back of a Land Rover, to be taken down the hill for antlers and venison. And the hunters went to the bar to brag and drink. The thrill of the chase and the kill, and the clash of glass upon glass, eyes like puddles of beer.

And we came down from the hills and lay in our tent, a triangle in the grass. And two of the fishermen drifted in skiffs like Buddhas on the water, rods in the sky. And we dived in the water to explore the pebbles and the reeds and the cool of the water as it ran over our bodies and cleansed our limbs.

Richard Hillesley is a freelance writer and editor who has published features, stories and poems in a wide variety of newspapers and magazines, most recently Prole, Storgy, Cafelit and The Angry Manifesto. He is a former editor of LinuxUser magazine and feature writer for The H. 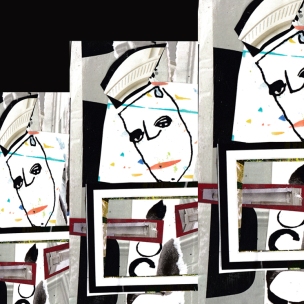 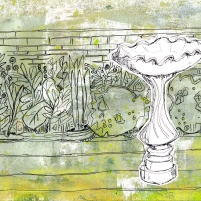 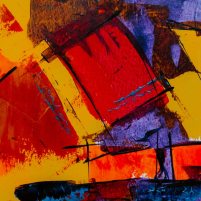