Jim places two pieces of bread into the toaster.

‘She looks so ill,’ Kath says.

‘We doing the right thing, Jim, bringing her home?’

He looks into the glowing orange workings of the toaster.

‘Jim? Did you hear what the doctor said?’

He takes butter out of the fridge, and reaching around Kath, takes a knife from the drawer.

They wait in silence, until the toast springs up from inside the toaster. He leans one piece of toast against the other, making a tepee.

He turns to her, breathes in, his lips opening. He’s about to speak, when the letterbox rattles, and they see the postman wave at them through the kitchen window. They wave back.

Jim dismantles the tepee. His gnarled fingers, like old rope, hold the knife as he swipes at the top of the butter. Having buttered both pieces, he lays one on top of the other, checks they’re in line, and cuts.

‘Will you stop with the damn toast,’ Kath says. ‘No one cares. Your daughter is in the other room, and she’s…she’s very…’ She rolls her fists into balls, thrusting them downwards. ‘And all you can do is make toast. Why can’t you talk to me, to her?’

He returns the butter to the fridge and places the knife in the sink.

‘Jim,’ she hisses, as he walks out of the kitchen with the plate of toast.

He places the plate next to Lucy. ‘Let’s have a look,’ she says, opening her eyes. ‘It’s golden, seconds away from burning. Real butter. Spread after the toast has cooled. Still crispy. Cut into triangles.’ She takes a small bite. ‘No one makes toast like you, Dad. No one.’

Jim falls into his armchair and opens a newspaper. ‘Anything for my girl,’ he says.

‘Anything,’ Kath says, sitting beside Lucy, biting into a triangle of toast.

Picks from the Past…On Sex

And Only Light Shall Be Seen 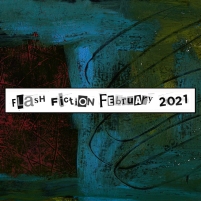 Red and Yellow by Sadamasa Motonaga (1966)