Getting old means I no longer inhabit my own memories. I watch them, not from the inside looking out, but from the outside looking in. I can’t tell you exactly when I vacated  my former self, but I can give you an example.

A woman of indeterminate middle age is staring out the long window of a seminar room on the second floor of the Northrop Frye Building. A lecture organized by the Semiotic Circle is about to begin, called ‘Instrumental Rationality – Game Theory Applied to Social Interactions.’ I can see what she sees – the bare branches of trees against the stone of the old Victoria College building behind, and in the distance, skyscrapers and low gray clouds, but I can also see her, black hair turning gray, brown skin almost purple under the eyes. I don’t like the way she dresses – I’d prefer she chose clothes of quiet elegance, as I do. She smiles and nods as others arrive and seat themselves around the long oval table, in that ingratiating way that infuriates me. So what if all she knows about game theory comes from having seen A Beautiful Mind? She is neither a professor nor a student, but that’s life, you end up somewhere distant from where you thought you’d be. At least she has dragged herself out of bed early on a Saturday in November to be here now.

A young man has emerged as the speaker, taken his place at the front of the room, and is putting his notes in order at the lectern. Around the table, people stop their conversations and place their bodies into postures of listening.

Just as he is about to begin, another man arrives. He is much older, frail, white-haired, and as he makes his way to an empty seat all the way on the other side of the table, he accidentally jostles the woman, so she half-turns to look up at him. Their eyes meet, I’m sure of that. The man understands the look on her face as recognition, but he doesn’t seem to feel the same emotion. Rather, as he finally takes his seat he looks pensive, quizzical, and his gaze keeps returning to her face.

How do I know where his gaze goes, when the woman doesn’t look at him again, but returns her eyes to the speaker? That’s what I mean, I’m no longer stuck inside her, I can look around, see what she missed.

She recognized him immediately, even though their one and only meeting was close to forty years ago. The woman hears the professor say, ‘We can’t proscribe motivations to people. We must act as if people behave rationally; but we know people don’t behave rationally,’ but she is not attending. Something happened when the man bumped into her. His brief touch thrust her into that state where time loops back on itself and the past intersects with the present. She is sitting in this room, but she is also, equally, somewhere else.

A young girl with long black hair, in a thin jacket and jeans is walking northwards on Spadina. She doesn’t have to be at the Indian restaurant on Bloor near Bathurst, where she works, for another four hours. She knows no one in Toronto, has no one to talk to, nowhere to go, so she often walks around the city in the afternoon, looking in shop windows, finding places she can enter for a few minutes and warm up, places where she can sit for a while without coming to anyone’s attention.

She passes College and keeps going, around the circle. On Willcocks, she turns right. She notices the name on the building at the corner ‘New College.’ It looks new now, but, she wonders, what happens in a hundred years when it’s new no longer? Then she thinks, those who named it would have thought about that, so perhaps it means a college of the new, for those who want to study something that hasn’t been studied before. She hums to herself a line from a song she likes, the meaning of which seems simple but is not clear to her at all, ‘I dreamed I saw St. Augustine, alive as you or me…’

The girl doesn’t know herself very well. She has never considered making herself an object of study. If you asked her what was her favourite—kind of cheese, for example, but it could be almost anything, she would have been surprised; so there were many, and you could choose which you liked the best! That’s how young she was.

She walks north again, along Huron, and then east along Harbord, past the Robarts Library. She notices the way the gray concrete is ridged for the ivy and the Virginia creeper to climb up. She thinks about going in and checking how the rooms are shaped inside those irregular polygons, then decides against climbing all those steps. She continues east. At first she’s not aware of the man walking along almost beside her, but then feels his attention and turns to look. He smiles and she smiles back. He catches up with her, ‘You look cold,’ he says, ‘let me buy you a hot chocolate. We can go sit at Hart House.’ She follows him, without a thought.

‘Look,’ she says, ‘University College. To go with ‘Avenue Road’.’

‘You’re not from Toronto, are you?’

Maybe if she’d answered ‘yes I am,’ things would have turned out differently. Or maybe he still would have behaved as he did, who knows? It was a different time. The year was 1970.

She answered truthfully, and over hot chocolate, sitting at the heavy oak table in the oak-panelled room, he encouraged her to tell him everything. In the telling, she discovered,  the sad and frightening parts of her story became amusing. She’d left her house one day as if going to school, and then hitch-hiked a thousand miles, all the way from Thunder Bay to Toronto, after a boy. When she showed up on his doorstep, he hadn’t been as happy to see her as she thought he’d be. So now she was on her own. She’d rented a cheap room in a house on Palmerston, and found herself a job as a waitress in an Indian restaurant. The manager of the restaurant alternated between scolding her for the pain she was causing her parents and trying to have sex with her. She was only sixteen.

‘You know what, you’re not dressed for this weather. I’m going to buy you a coat and boots.’ He takes her hand, and they head north to Bloor. The sign said, ‘Holt Renfrew’. ‘I hope this store is not too old-fashioned for you. This is where my wife shops. She’s not dark-skinned like you. In fact, she’s very pale. Your skin is so beautiful.’ He touches her deliberately, tracing a line along her cheek. ‘Tender as a new leaf – that’s what the Tamil poets say describing girls like you. That’s where you’re from, isn’t it, Madras?’

‘You have that Dravidian look.’

He bought her a red wool coat and knee-high tan boots, real leather, with a design of stars stitched along the top.

They went to his office in Victoria College. She responded with grateful acquiescence when he kissed her, and then, when he unzipped his pants and pushed her head downwards, she did her best to figure out how to proceed with the job at hand. The names she knew for the act were not helpful, was she supposed to be blowing out candles, or sucking marrow out of a bone? This was a first for her, and not at all what she’d imagined.

That’s where the woman is while she’s also sitting in the seminar room, where the little jog of the elbow has thrust her, on her knees before that man, learning a useful skill. She remembered his name. Bob.

She’d left his office warm in her new coat and boots, and had never seen the man again until now. For a long time she’d felt nothing but gratitude; she still equated love with these acts – that’s what I remember, or what I’ve made up, I’m afraid there is no way to tell the difference. She’d loved those boots, kept them until the soles wore right through. And then the incident had fallen into some deep pocket of memory, never to be retrieved until he’d entered the room. I am no longer privy to her thoughts. Some form of privilege seems to apply—like attorney-client, or priest-confessor—keeping me from my own past.

She feels no gratitude now, she feels sick, furious, as if she’s about to gag. She wants to face him and say, ‘I was just a child. You were a grown man.’ She’s raised her own kids now, and if anyone had done a thing like that to one of them, she’d…she didn’t know what she’d do but it would be terrible.

And I? I’m not sure how I feel. Thirty-eight dollars, just for the boots. I remember the number, because it was a lot of money back then.

Gitanjali’s short story collection “Sleeping with Movie Stars” was published in January 2011 by Penguin India.  She was the 2016 Singapore International Writer in Residence with NUS University Scholars Program and The Arts House. Presently she is completing her first novel, set in Tanjore in the 1920s. 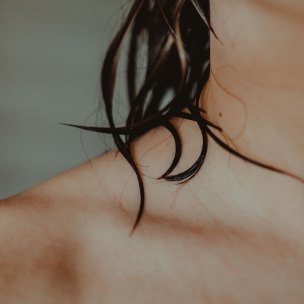 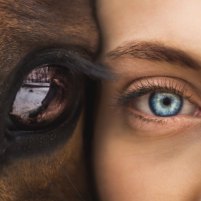 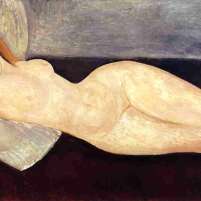