I never liked cleaning the cat litter, so I just didn’t do it. I let the litter sit, in a corner of my place, and that arrangement was fine with my cat. He used the box whenever he pleased, and he didn’t complain. But anytime someone visited me, that person would be hit with the fact that I hadn’t cleaned the litter box. This person would usually be too polite to say, “This place stinks! Why don’t you change the litter?” No, my guest would say something like “Do you enjoy having a cat?” I would know what that meant. It meant my guest was totally repelled by the days-old litter box.

I don’t know why I wasn’t repelled. Maybe I was used to the sensation. Maybe it was one of those smells, like that of old wine, that I’d accepted. I actually liked the smell of fermented plant matter—the fumes and the yeast—but the cat trash went several degrees further. No one, myself included, really liked it. But I was floating in clouds of herbal smoke all of the years I had a cat, and my main purpose in life was to lose myself in more herbal clouds.

Most days, I’d come home to my empty place, and my cat would greet me at the door. He would rub against me, perhaps in a display of affection, but more likely to spread his scent on to my pants. We would build on that greeting by proceeding to the kitchen, where I would open a can of meaty food and place it on the floor, next to a bowl of water. I didn’t pamper my cat: He ate from the can, and he had to use his teeth and claws to get the chunks out of the crevices. He drank water—with a backward lapping of the tongue. There was no milk for him.

And there was no fresh litter most of the time. I was too zoned out to provide it. I would chill in front of the television while my pet investigated the litter situation. He would never yowl over it. But sometimes he cleaned it himself by flinging dried lumps out of the bin and onto the floor. I would see those chunks later, and I would be reminded all over again, but I wouldn’t change the sand.

Not that I didn’t like my cat. I did. We had a human/feline bond. I provided shelter and sustenance, and my cat provided company. He also provided protection from rodents. No mice lived with us—the mouser took care of them. However, rats were another story. These supersized rodents would sometimes come in off the street and hide. Once, I saw one, nose to the wall in a corner. The creature was trying to avoid detection by remaining perfectly still. I picked up my cat and brought him to look at the rat. I was expecting the predator to pounce and kill the intruder. But the cat didn’t react; he just hung limply in my arms. When I put him down, he walked away. It was just me and the rat then. What I needed was an air rifle, but I had no weapons. I didn’t believe in them. Well, I had a hammer and a broom, but I didn’t have the gumption to use them. If I attacked with a hammer and a broom, I would just anger the rat, and I didn’t want a large furious rodent trapped in my apartment. So I left the pest alone, and presently it ran from its corner, up a wall, and out an open window to the fire escape. From there, it must have dropped to the street, where it met its pack.

Perhaps my cat was sending me a message. If I’d been more attentive to his litter box, he might have been more helpful in expelling the intruder.

As it was, I kept my distance, and my cat kept his. We didn’t share a room. He had his space, and I had mine. I didn’t want him sleeping on my bed, and I didn’t want his head on my pillow. The night of the rat’s visit, however, I let my pet into my room. At some point in the night, he jumped onto my bed. And for whatever reason—whether I was acting out of deep, smoke-induced sleep or genuine compassion—I didn’t push him away.

Thaddeus Rutkowski is the author of six books, most recently Border Crossings, a poetry collection. His novel Haywire won the Asian American Writers Workshop’s members’ choice award, and his book Guess and Check won the Electronic Literature bronze award for multicultural fiction. He received a fiction writing fellowship from the New York Foundation for the Arts. 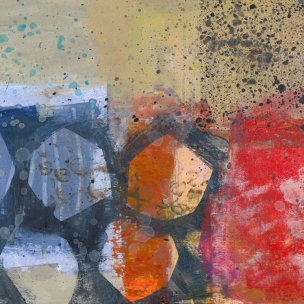 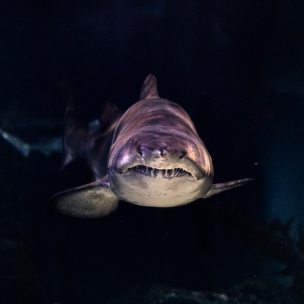 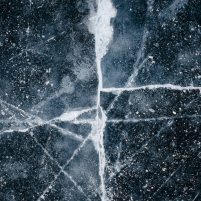 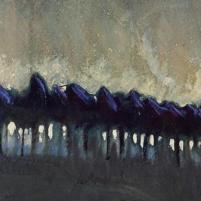 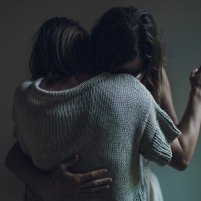