When Albie came home from hospital for his last few days, I sat with Mam at his bedside and, out of loyalty to Dad, pretended not to care.

Dad said Albie was getting his comeuppance for being a marriage wrecker. He said we would get back together as a family once Albie died.

Dad had left when I was four. Nine years later, I only saw him for the odd weekend when he felt like it. It was Albie who’d been around, who’d acted like my real dad.

The bedroom was hot and airless. All fours bars of the electric heater were blazing. It was hard to keep my eyes open.

Albie became agitated. He thought he was a bird and wanted to get out of bed and open the window. Fly faraway. Too weak to move, he cawed into the room.

It was a desolate sound. Even so, I found myself sniggering.

Mam eased his head back onto the pillow and pulled the duvet up to his chin.

‘Shush, now!’ she said. ‘It’s only the morphine talking.’

The clock ticked and ticked.

With a turn of her head, Mam gestured to the door.

I went to the porch, collected my air rifle, and set out across the fields.

A bare sky hung over the still land. In the shadow of the hedgerows the ground was white with frost. It seemed as if I could walk forever and never see a thing, never hear a sound. Then, as I neared a scraggy hawthorn on the brow of a hill, the air became alive with the sound of chirping. I stepped out from a dip just before the summit, and a flock of fieldfares that had been feasting on the haws took flight. There must’ve been more than a thousand of them, their beating wings loud as a drumroll.

They streamed over the land, dotting the sky like spilled pepper, some birds already too far into the distance.

I pointed my air rifle and fired.

A bird flapped weakly and dropped into a gorse bush.

Its pale breast was marked with black arrowheads, and blood oozed where the pellet had struck. Its eyes were dark and glassy, its yellow beak opening and closing. It thrashed madly in an effort to escape. The rifle was a birthday present from Dad, and though Albie had objected to me having it, he was too ill to prevent me using it.

My nose felt numb and my ears throbbed with cold.

I picked up the bird.

It was warm and light, its quick heart racing against my fingertips.

‘Faraway,’ I whispered, holding the bird close to my lips.

I put the bird in my coat pocket and continued to stroke it until it stopped moving.

I hung around the fields well beyond the hour Mam had allowed me, memories of Dad bagging mallard, snipe, woodcock mixing with thoughts of Albie and the bird.

‘Faraway,’ I shouted to nobody.

I wouldn’t cry. I respected Albie, but didn’t love him. I loved Dad.

I trudged on through the fields, the weight of the rifle making my shoulder ache. The sky turned pink and orange with big purple clouds. It was almost dark when I got home.

Mam was in the kitchen without the light on, her wet face turned to the window.

I touched her hand.

Albie’s face was set in a frown, his mouth downturned with his bottom lip protruding as if he was mulling something over in his sleep. Mam had forgotten to switch off the electric fire, so I pulled the plug and watched the orange bars slowly fade to grey.

I remembered the bird in my pocket.

I arranged it on the pillow beside Albie’s head. It was only then, at the pitiful sight of that small bird next to Albie’s withered face that I fell to my knees.

I kept my face buried in the duvet so Ma wouldn’t hear, then stood and wiped my eyes.

At the window, I unfastened the catch and flung it open to the night, the fields I’d wandered that afternoon, the distant hill I’d climbed, the birds flying far beyond the darkness.

Originally from the North East of England, Jim Toal lives and writes in the hills of south Shropshire. He works full time in education and has done so for over thirty years. He resumed writing in his fifties after an interval of nearly three decades. His work has been published by Litro, The Nottingham Review, and Reflex Fiction. You can find him on Twitter @jtstories. 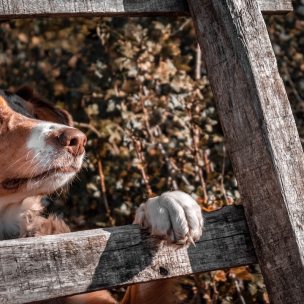 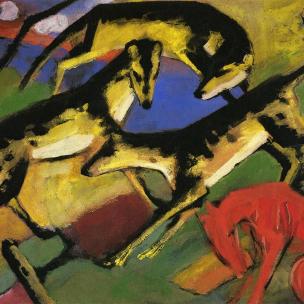 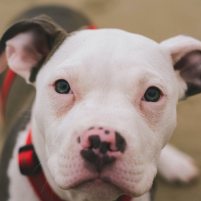 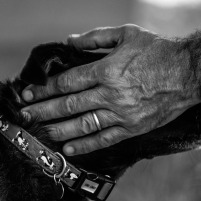 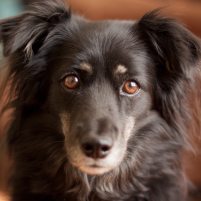 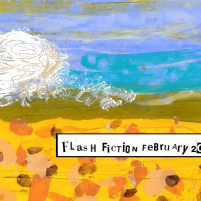 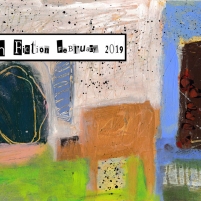 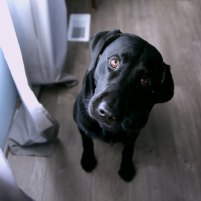