‘Betwixt the trillers of flutes and toilsome tillers,’ he said—

She could only anticipate, her olive still rocking in its chipped Blue Willow saucer, bereft of pimento, which still, she smacked with ardor, sucking out its redness. She felt a sudden craving for wine, Chardonnay maybe, she who had renounced spirits and not touched a drop in years.

‘Whatever are you thinking?’ Although she knew because he only thought about one thing, each effusion a variation on the solitary theme. She gazed at the Utrillo print, strangely inappropriate, how sad, she thought. Not that she cared. Nothing matched, not even his socks sometimes. Occasionally she wondered what it would be like to sleep with an executive who wore burgundy ties, starched collars and pin-striped suits. The eyes of executives, though, she remembered, were inertial, like those of fish packed in crushed ice. Eyes of not death exactly, though it was death, but of slate.

‘They press little buttons—powder blue buttons, mauve buttons, beige, buttons with no color at all, buttons the color of rainbows, phosphorescent buttons, buttons dead as granite, they press their grainy, oily fingertips onto such buttons and things happen, structures appear, velocities change, dimensions shift, as if. . .you don’t want to hear?’

She squinted at the Utrillo, scanned his bookshelves, inhaled the murky room with its bits of paper strewn everywhere (where did they come from?), molding Oriental—a real Sarouk, he said—from his grandmother—, the old furniture with blackening shellac, the bust of Apollo—real marble, he’d said—, the mandolin with no strings, the dull pewter candlestick holders, the Indian inkwell—real bronze, he’d said—, the brass standing lamp fluting out of which he could never wipe out all the Brasso, the cracked oil painting of a gloating monk, which he’d said had frightened him as a child, the daguerreotype he’d found at a yard sale thinking it was JEB Stuart, the mahogany box hand-carved by his great-grandfather, the Belgian tapestry so worn its figures and color had become one brownish smear, the dead moth somehow still attacked to the ceiling, death glue, he’d said, the Art Nouveau tray for calling cards, he’d said, a practice in the 1890s when everyone carried a supply of chromo-lithographed messages boarded by Cupids and valentines and roses, with messages like ‘‘forget me not’’ or ‘‘don’t despair,’’ silly, he’d said, but something in them anyway, like the one in his tray, over one hundred years old, executed by the great printer Louis Prang, stating simply ‘‘rejoice,’’ yet not cornily religious, they had something then, he said, nothing like the plastic and Styrofoam now, the hasty waste, what with no time, time has accelerated, he’d said, don’t you find?, like rain suddenly falling faster, thickening, acquiring density, no longer vapor, diaphanous, but almost like nuggets or tiny shafts, notice how the wind can turn it inside out although the inside of water and the outside are the same, unlike anything else except maybe, he’d said, nitrogen, helium, methane, even diamonds become gas in stars, diamond gas, imagine, or a chunk or solid oxygen, what would it taste like? Slimy or porous or powdery or like metal, doesn’t all metal taste the same?, or—

And when she turned, pursed her lips, to address him, realizing he’d been rambling, heard the click outside the window, or clock, like two bricks knocked together, the click or clock they always heard, which at first alarmed until it had happened often enough to become part of the universe, she merely groaned.

‘I know you’re tired,’ he said. ‘I’d give you an aspirin but we’re out. No juice either. Only the tap. Sometimes I think women always change, like fire, while men stay the same. Men are like boulders, women fire. It’s nature, tragic, ruinous, sublime too, but fatal, for the boulders.

She didn’t want to hear any more words. He seemed composed of words; if you picked him apart with delicate tools some words would spill out—gelatinous, ephebe, blanch, pleached, words that were unreal, that he’d acquired and stitched into himself—, while other words would have to be pried from deeply within spleen and kidneys, the moist, feverish organs, words that had created him because they were alive first, covetous words yearning for form, flesh, words too residual to remember, though she know they were there, lodged within like stakes, pinned with carriage bolts or rivets, immutable. . .he was right, women were fire, and despite it all, she listened, while longing for something else, more, a different paradigm, to use his word. Gases, molecules, radiation, vectors, probabilities, electromagnetism, something beyond even these, which she knew, mainly from him, did not count, failed to tell the whole story. And there was a story being told.

He’d turned her on to the mystics, trying to get at it. ‘St. Teresa with her quivering spear,’ he’d laughed, ‘which Maria Bonaparte said was nothing more than—’ He had trouble with certain words, penis. ‘Don’t like it,’ he’d said, eyes lowered in mock shame, ‘too, too.. clinical? What? Rhymes with Venus, though, handy, eh? The sum of its weight times its cube plus eight is his phone number give him a call. You’d never know I was a Puritan.’

Oh yes, she thought. Despite the penchant for gutter terms, which she saw as empty bravado, like the patina on his bronze thingamajig. The world is not made of fire, as he said Heraclitus said, fire is made of the world. She suddenly desired a plump, dewey fig, the kind she’d seen as a kid, growing in her parents’ back yard on a thick old cracked tree. Where he’d said he discovered the secret sin, up on a limb of a fig tree on Wisteria Street, perched in the branches like an owl, hidden by green Spring leaves. Odd, their pasts both contained fig trees. She’d never liked figs, nor did he. ‘Too soggy,’ he’d said, ‘a taste like tuberculosis, sickly sweet. And when they rot on the ground, it’s beyond nausea. Disgusting mush, fruit flies, decay at its most rank.’

Yes, true, but now she wanted to bite into a swollen, ripe fig. There would be no words in a fig, just figness, a tiny pregnancy, the viscous fat congealing with nothing left over, the split of fecundity, fuzzy brownish pulp.

‘Let’s go to Kroger and get some figs, she said.

He stared, alert, interested. One eye was larger than the other, one round, the other ovoid. Intricate pink ganglia muting the whites. ‘No figs,’ he said, ‘only apples, oranges. . .we have abandoned the tropics.’

And abruptly, with fierce vengeance, she felt the words reveal themselves, apples, oranges, equatorial tropics. . .and understood she had been duped all along, that the only hope, for him as well, for everyone, was mute forgetfulness. ‘Adam should never have named the animals,’ she murmured, sinking dreamily into the settee. ‘A man, naturally.’

Or unnaturally,’ he said, desire forking through his body like voltage. 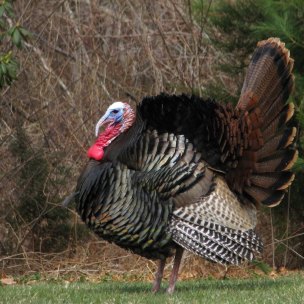 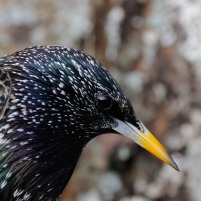