It’s been over a fortnight since I saw her in Starbucks, neglecting her latte and fiddling with shopping receipts. She seemed to have dozens of them, and was searching for more, producing them like a magician from her bag, her purse, her pockets, and placing them on the table before her. Unfolding each in turn, she’d smooth them out and stack them into a neat pile.

The woman reminded me strongly of my first serious girlfriend, Jenny Beard, or how I guessed she’d look now, thirty years on from our split—she had similar large brown eyes, that I used to call Jenny’s bushbaby eyes.

This woman’s interest in receipts was as hard to ignore as her eyes. Whenever a table near hers became empty, she’d scurry over to check if they’d left a receipt, and add it to her pile; I even noticed her retrieve one that fluttered down from a tray as a waitress returned it to the storage rack. Who knows what she had in mind for them: she sat with the thickening pile before her on the table, as if preparing for the world’s weirdest tarot reading.

After a while I came to feel that this woman could actually be Jenny Beard—the likeness was so striking. She and I had been together for almost a year as teenagers, and were deeply in love. It had been a great, fulfilling affair until Jenny began to neglect herself. She gained weight, and cut her hair in a style so odd that I began to find her increasingly unattractive. Eventually I proposed a break. She didn’t take it well—she began phoning in tears, sometimes screaming hysterically; she even punched a girl that she thought I’d been seeing. It was a very difficult time. Fortunately Jenny gradually recovered: she lost the weight, refashioned her hair, and eventually left town.

When my wife and I divorced last year I searched for Jenny on Facebook, but none of the ‘Jenny Beards’ I found had bushbaby eyes. Yet receipt-lady did, and as I watched her assemble her heap, unfolding and stacking, I became convinced it was her.

Jenny Beard!—my Jenny Beard—had grown into a woman weirdly obsessed with receipts! How did that happen?

With my coffee gone it was time to move on, but I had a dilemma: I wanted to say hello, but how should I phrase it? ‘Remember me, Jenny Beard, what’s with all the receipts?’ They certainly couldn’t be ignored. And what did her strange obsession say about her—was she merely eccentric, or was it something darker? Either way, approaching her might prove awkward. If she turned out to be nuts there might be a scene—I could easily become embroiled in something embarrassing…

I was turning these matters over in my mind when Jenny Beard approached my table. I braced myself for something uncomfortable: perhaps she’d recognised me, despite my thinning hair and middle aged spread? She didn’t seem to, however, and merely nodded at the receipt that lay beside my coffee mug.

‘Excuse me, may I have your receipt, please?’

Up close I could see there was no mistake: it was Jenny Beard. Her voice was familiar, soft yet assured, and her bushbaby eyes were as warm, wide and gentle as they’d been thirty years before. I continued to gaze at her, and she asked me again:

‘If it’s no bother, I’d like your receipt, please…’

‘May I ask why you’re collecting them?’ I queried, deciding not to reveal my identity at this stage: I didn’t want to take a chance on a potential crazy woman.

It turns out that she collected receipts to distribute to homeless people— they contained the door code for the Starbucks toilet, and there were no other public facilities for the homeless to use in the town centre. Obviously they couldn’t afford to eat or drink at Starbucks, so she retrieved customer receipts on their behalf.

I was impressed by her reasons, and in the light of this explanation felt it safe to disclose my identity. In fact I was quite excited—Jenny had matured into a very attractive woman.

I’ve been thinking about it for a fortnight now, but I still can’t decide why she claimed not to know me, or refused to admit that her name was Jenny Beard. When I insisted, she backed away, and when I pursued her she alerted the staff, which I thought was a bit of an overreaction! When I stood my ground, they threatened to phone the police. I’m ashamed to say that I punched one of the baristas who escorted me from the premises. One can only assume that Jenny Beard was determined to make me pay.

Paul McDonald taught at the University of Wolverhampton for twenty five years, where he ran the Creative Writing Programme. He took early retirement in 2020 to write full time. He is the author of twenty books, which cover fiction, poetry, and scholarship. 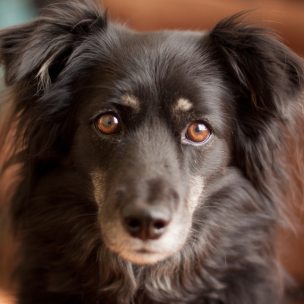 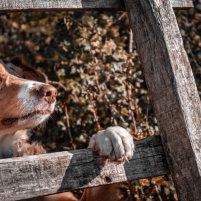