P.S.  Jennie’s into making balloon animals now.  You can hear the squeaking rubber as she twists them up in her room.  Not just regular ones.  Regular animals.  She’s making extinct ones.  Dodo birds, saber-toothed tigers, mammoths…  You think it’s weird?  I mean like do you think it means something?  What’s wrong with regular animals?  I’m just sayin’.

P.S. + Mike’s been coming up with his usual hare-brained schemes for striking it rich since the plant closed.  I call it “ghost money” as in it’s invisible!  I told him instead of striking it rich why don’t you try striking it “middle class.”  That’d suit me just fine.

P.S. ++ My own business is really taking off:  Sensational Saints.com  It’s so great working from home.  Oh, Pam, there’s such a need out there and I’m filling it.  When Mike isn’t raking in invisible cash he helps me.  Helps with the molds.  I design the figurines, give them their purpose and all  (the most important part) and paint them.  Saint Serene is my best seller.  She’s the patron saint of migraines.  Who doesn’t need her in these crazy times?  Saint Woody is another good seller.  You pray to him for a bit more action “down there”—guy action.  He’s a funny looking sort, but you’d be surprised how psychological those problems can be and I get lots of glowing letters.  There’re plenty more.  I’ll text you some pics.  Saint Hammock is one I’m working on for myself.  She’s the patron saint of Caribbean vacations.  Picture two palm trees with me between in a hammock with a booze-filled coconut I’m slurping down with a straw.  Only kidding of course.  About the last one, I mean.  But then again it’s been pretty stressful around here at times, (as in very) especially with the ghost money and all, so maybe I should add it to the list.

Invitation to an Exorcism

P.S.  You gotta come, hear?  Make sure!  We need your good churchin’ ways.  That Harlan boy, he’s got the devil spirits alright.  All puffed up full of them.  Getting high and talkin’ demon talk and the stuff his parents found on his computer—mercy!  It was enough to make the devil his own self cover his eyes.  But I’ll tell you all about it on the way.  Reverend Chester’s gonna give the demon a double barrel blast of Jesus right between the eyes.  Gonna bring a triple blessed crucifix too.  I want my Earl to come if I can pull him from that bottle long enough or that tramp Mary Ellen he don’t think I know about.  But I ain’t blind and I ain’t stupid.  Well anyways I want big Earl to come cause he’s so big and these demons can put up a fuss.  Little Earl can take care of the little ones that night.  Maybe after, you and me can sit in the kitchen and get us a load on.  I heard some things after church after you left.  A group of us was chit chatttin’.  Enough juicy stuff to make your ears sizzle.  Won’t say no more about it now.  Give you somethin’ to look forward to.  Hope to see you soon.  Bring your Bible.  We got us some stompin’ to do!

P.S. And I really don’t appreciate your comment about my “overuse” of calla lilies in my poems.  How could something so beautiful ever be overused?  Perhaps you’d prefer: fleurs du mal.  Or more in keeping with your taste: fleurs du “merde.”  Maybe that might conform with current “trends.”  Thanks, but no thanks!  I’ll champion beauty every time.

P.P.S. That being said, I did appreciate your kind words regarding my moon haiku.  That third one with the bare branches and snowflakes.  I think you were spot on with that one.  Nice to know you can employ a keen eye, a truly keen eye for what is beautiful in the world when you care to.

Robert Scotellaro’s work has been included in W.W. Norton’s Flash Fiction International, NANO Fiction, Gargoyle, Matter Press, Best Small Fictions (2016 and 2017), Best Microfiction 2020, and many others. He is the author of seven literary chapbooks, several books for children, and five full-length flash and micro story collections.  He has, along with James Thomas, edited New Micro: Exceptionally Short Fiction, published by W.W. Norton & Co.

On His Way To American History 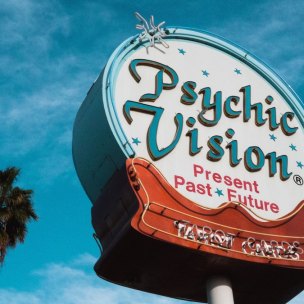 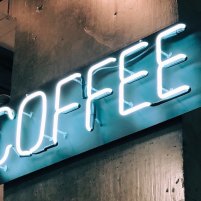 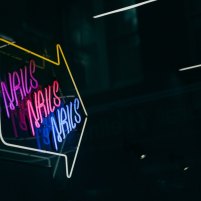