Sunday after the fourth, I slam out the door Al has yet to fix, out our hedge-protected two-family, where Joe and his pop live downstairs and myself and hubby above, heading past the dry creek, where a stray mutt I feed, when I can, sniffs for food. Littered everywhere—surgical masks, broken Coors bottles and vodka half-pints I can’t pick up now without gloves. Past Saint Nicholas School and the rectory with a statue of the Virgin Mary and a kneeling statue of a child surrounded by purple pansies. Left at the corner, around the church, where Jesus stands hands outstretched for the flock that cannot enter even if it wanted to—since March. On the next block, a row of limp American flags before white houses saluting mute, as if uninhabited.

A tall boy, maybe 16 or 17, hair electric red and blue, shirtless, jean shorts riding a wide underwear band, half gallon of Coke dangling between his right pointer and middle finger crosses my path as I veer left. Racing toward us from the opposite direction, blond kid maybe 10, on a blue bike, wearing black leather gloves, mumbling to himself. Just ahead on the corner house porch, an eagle-eyed woman, too old to breastfeed, a baby at her teat.

‘Congratulations,’ I wave to make light of it.

‘Ain’t got nothin’ to suck on. Dater done lost its suckers again and I got this one for a week.’ She reaches for a cigarette, lights up, nods.

Next block, left again, 90-degrees beading my neck, a list of to-dos pops into my head. A tiny, wide-eyed little girl with black curls waves to me from a brown stoop. I smile at her. Back on 5th, sky darkens, full of dust, damp and toxic, as if risen from a swamp. I don’t question it.

At home, my husband the baker guards the TV, staring, blank.

He raises his right slightly. ‘Just ate a sandwich.’

I bite my tongue because it’s 4 p.m., dinner is in an hour, then his bedtime. His pot belly shows hairy through his worn tee. His fingers crossed on his chest show clean fingernails, neatly trimmed. He is a good man, this I know. And anyway, for 12 hours after 2 a.m., when he leaves for work, I am a free woman, and who can ask for more?

‘Nope. Set with me, Mercy, watch this show. It’s a good one.’ He says this every day, even though he knows I don’t watch the tube, won’t listen to news. My sister gives me all the crap I need to know over the phone from Texas. Why would I want an additional headache?

I stand there staring at Al like at our life, folding a kitchen towel. Despite the AC, his forehead is perspiring—there will be a lot more of that at work. It tugs my heart, knowing how hard he works, knowing for what.

‘You gonna be ready for supper in an hour after the sandwich you ate?’

I am busy in the kitchen when my cell chimes. Joe downstairs. His 90-year old father has up and died. Joe is my best friend, home all day on disability. We chat about fashion and food like two homemakers, and he does my hair, which last time I checked showed a sprig of white on the crown over my brown.

‘I am so terribly sorry, Joe. Have you called the ambulance? Your sister? I’m just getting Al his supper, and will bring down a tray of meatloaf after the ambulance or whatever goes. I’m so sorry, it’s a shock for sure.

‘Your dad looked fine just a couple of days ago. Uh huh. He did? A sore throat?’ Al’s eyes meet mine. ‘You have one today? He had trouble breathing before passing? Joe, I don’t want to be alarmist—I know you know. Tell you what, I will leave the tray on your porch and ring the bell. I’ll be here.’

‘Oh my. Sounds like they both got it,’ Al announces when I am off.

‘And what?’ says hubby, wiping his forehead.

‘And neighborly,’ I say.

‘Be as neighborly as you like, but you can’t go near that man long as he’s sick with whatever, not in these times.’ Al is firm when he has to be, and firm about that.

‘He doesn’t have anybody else. I’m his best friend. His sister is a disaster. Only good for making a bad thing worse, never cared for their pop, had them over for Christmas maybe once.’

‘I get it, Mercy. But you do know this thing can kill. I’m at risk. Diabetes, remember.’

‘I’ll do what I can over the phone. Bring something home from work, will ya. Maybe I’ll fix lasagna too.’

‘Promise you’ll hold back for us both.’

I hear the ambulance come and go and afterward bring down two hot trays covered in foil, then pace the kitchen and hall upstairs hoping Joe calls while Al is down for the count. I can hear him snoring through the door. Instead, around nine, I hear two knocks.

‘What is it?’ I say through the door.

I keep quiet a minute. ‘It’s just grief is all. You still have that sore throat? Did you call your sister?’

‘Pain has passed to my chest. I can’t hardly stand. Lee brought over aspirin. I know I’ve got it.’

‘I can’t open the door, Joe. You know Al is vulnerable. If I get it from you and pass it to him, God knows what will happen.’

‘I know. I just want to say bye. You’ve been the best.’ I hear sniffles and it breaks my heart.

‘Are you going to call the ambulance, go to the hospital?’

‘I’d rather go through what I have to here instead of with a bunch of strangers. Batten down the hatches, M. There’s a storm comin’, a real one.’ A breathy pause, then, ‘Take care.’

‘You take care, Joe, you hear. We’ll be chewing the fat again in no time. Go on, take a couple of aspirin and lie down. You’ll feel better. You’ve got this double burden with your pop suddenly gone.’

‘Maybe you’re right. But I feel like death, Mercy. Can you hear it in my voice? It’s like a craggy desert. And my heart hurts.’

‘Of course it does. Go on now. Have faith, pray too,’ I say the last in a little voice thinking of the dominoes going down around the world, the human losses, one after another, so fast you can’t count them or even remember who or what they were. I know this even before having suffered my own losses, which will come, sure as I am here, leaning against the door to this apartment, cheek on the wood surface I have not sanitized since two days ago when Joe came over for a cup of Lipton tea and toast.

‘You are a good soul. Please get some rest. Go on. I have to go.’ I listen for his footsteps descending the staircase slow, as something rises to my throat, a word or more I can’t expel. I wash my face with soap and water, sanitize the kitchen, then go sit in front of the TV that is off and listen to the howling wind outdoors.

Arya F. Jenkins is a Colombian-American poet and writer whose fiction has been published in journals and zines such as About Place Journal, Across the Margins, American Writers Review, Anti-Heroin Chic, Cleaver Magazine, Eunoia Review, Five on the Fifth, Fictional Café, Flash Fiction Magazine, Glassworks Magazine, The Matador Review, Metafore Literary Magazine, Mojave Literary Review, Sinister Wisdom, The Feminist Wire, and Vol. 1 Sunday Stories Series. Flash is forthcoming in Sleet Magazine and a short story in Parhelion Literary Magazine. Her fiction has received several nominations for the Pushcart Prize. She is the author of three poetry chapbooks and a short story collection, Blue Songs in an Open Key (Fomite, 2018). 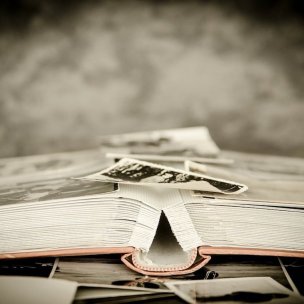 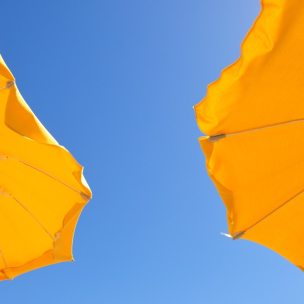 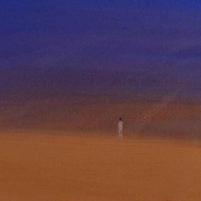 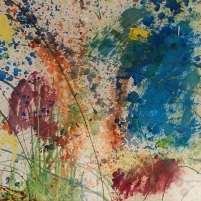 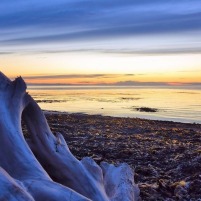