She wakes again as she often does, with the sense that the doom is still impending. The sound of the ocean, so close, does nothing to sooth her. Waves swell and crash, never getting any closer, but seeming to; never getting any faster, but seeming to; never finding a rhythm, always just off the beat. The glowing green numbers of the hotel’s clock on the bedside table show the time to be 3:46, 3:53, 4:07, 4:22, as days and months, and even years pass through her thoughts in a parallel time zone. After watching 4:57 become 4:58 become 4:59, she gets up, puts on her bathing suit—after all, that’s why she’s come here, isn’t it, for the beach?—and ties a sarong around her waist.

The sea, the sky and the line of the horizon are many shades of gray in which the waning gibbous moon and the morning star still glow. To right and left, the beach is empty as far as she can see.  She walks past the white lounge chairs like stretchers waiting for bodies, to the water’s edge, where the waves lap her ankles in their rush to touch land, rush to be sea again.

She walks a long way, trying to leave her thoughts behind, until the sun has risen fully and washed out the sky to a yellowish gray too bright to look at, made the sea a glassy green, and heated the humid air so it has weight, falling across her shoulders, her back, her arms like a shawl she can’t shake off. But her thoughts come with her, so finally she turns back. Tiny almost see-through crabs scuttle sideways as her shadow falls on them. The sun has drawn the guests out of their rooms, and there are one or two bodies in the water, one or two bodies stretched out on the sand.

A man is dragging two chairs close together, spreading a towel on each of them, laying himself down on one and opening a book, finding a page, reading, while the other chair waits, expectant, with the promise of someone soon to come. Seeing this, her eyes fill and she turns away. She drops her sarong on the sand and wades into the waves, the sea a sea of tears to which she freely adds her own.

As she leaves the water, between one wave and the next she catches a glint of blue in the sand, and drops to her knees to get it. She thought it was a piece of sea glass, but it isn’t. It’s a glass eye, as big as a quail’s egg, heavy for its size. It stares up from the palm of her hand, bright blue iris set in milky white, taking in her face, and the endless sky. What is that word, when the god you look at looks back at you? Darshan. The gaze itself is the blessing. She closes her fingers, holding the eye tight. Yes, he was gone, but the world would keep bringing him back to her, like this, in pieces.

Walking back to the hotel, she finds the inner part of a shell, chambered, like the cross section of a heart, and a piece of driftwood, smooth and white as a bone.

Gitanjali Kolanad was involved in the practice, performance, and teaching of bharata natyam for more than forty years. Gitanjali’s short story collection, Sleeping with Movie Stars, was long-listed for the Frank O’Connor Short Story Award. Her novel Girl Made of Gold was short-listed for the Tata Live Book of the Year Award. Presently she is completing her second novel, set within the early Tamil film scene. 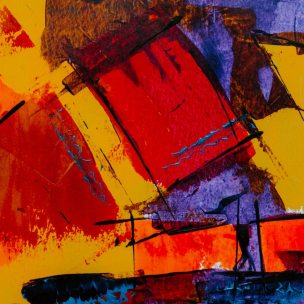 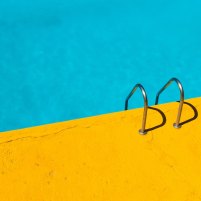 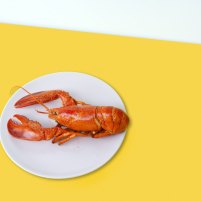 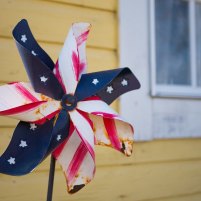 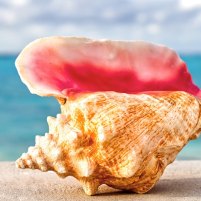