The girl is born with a tiny heart. Right shape wrong size, the perfect fit for a much smaller child. Her parents repeat the doctor’s joke word for word with all the seriousness there is. If only she was shorter and narrower of stature she’d play with other children, run and skip and jump and make friends. But her body dictated the girl gets used to her own company. Doesn’t always like herself, but there’s nothing she can do about that. Home schooled, she learns from Mother and Father. They teach her so much. About how life is hard and the sooner she gets that, the better. Facts are facts, self-reliance key. Father knows about biology. Repeats a lot about how the human body replaces itself every seven years. When each human cell wears out a fresh one takes its place. Mother shakes her head when he relays this but doesn’t disagree.

One summer, next door get a puppy. They call it Pebbles. The girl’s immediate thought, what a stupid name. Her parents tell her dogs have a pathological love for humans. It’s survival instinct so they get fed and looked after. She reaches through the gap in the fence and scratches her fingers into the dog’s fur, touches warm unfamiliar skin. ‘Maggie,’ she says, and swears the pup smiles. ‘You’re no Pebbles, are you?’ She peers into the animal’s wet bright eyes. She curls her palm over the back of Maggie’s head like a cap, a perfect fit, feels the ridges knitting the skull plates together. Maggie looks so glad to see her, licks her hand with raw tongue. The girl counts a tapping, faint and deep inside herself and out of time. Then one sudden day her Maggie is gone, moved away. No one had said. Her chest empties in a rush, heart and lungs shrink and vanish. The girl still breathes, but with a pain she can’t pick out.

Her parents take her to the hospital where a doctor insists that to the contrary, the hurt proves her heart has grown. It’s been underused, that’s the bother with it. The heart’s a muscle and muscles strain under anything too sudden. All is explained in logical detail and under Father and Mother’s disbelieving gaze. Her heart is fully workable, given gentle exercise. Slowly does it. The bigger it gets the more it can manage, and vice versa. She’s capable of living, loving.

In her bedroom alone and late on, the girl wonders am I though? She’s lived two lots of seven years by now, and then some. Means the heart she’s got at the moment is different from the one she got born with. That must be why it’s better at things these days. Love looked to be a good thing to have, but all her heart knows is what it’s picked up off the telly and from sneak peeks at books in the library. The girl has a naïve heart. It doesn’t know you can’t make someone love you. Love can’t be forced. No matter how much you want it. Has no idea that the world is cold and hard until it gets to know you better and even then, few guarantees. Her heart has such little idea that when a love happens to her—it takes ages—her heart doesn’t realize first longings are not real love, won’t last and she’ll grow out of it. He who promises her everything but takes it all, he vanishes but not like Maggie the puppy gone to live on a farm in the country. The girl still sees him out of the corner of her eye and hears him call her name but when she blinks, he isn’t there. Her parents warned as much. This is not unique or special. Neither is your heart. Not anymore. You’re not the first girl it’s happened to. Mother has a strange look on her face when she tells her this. The girl imagines what he’d look like older, fringe shrunk high on his skull, teeth yellow, belly fattening and hanging low. The seven year rule won’t apply to him. The more consequences the girl conjures up, the less her heart aches but shrivels right back down to the size she’s used to, hard and chewy.

When others promise never to hurt her she knows they lie before the words get said. So the girl takes precautions with her body and mind, lives in the here and now. It’s safer. Then there comes a new soul. He slips right under her skin, unexpected and quick. A key turns in a lock, easy and true. Her heart swells up, tender and sweet. She tries to breathe him out and let him go, recalibrate her settings, protect her heart. Think biology, chemical reactions, all the stuff Father taught her. The girl tries to count forward and back, calculates that her next heart will replace the one she has now in months rather than years. The girl pictures the new cells multiplying, replacing the old. But it’s not the loving so much does the damage, or her ribs bending to make room. Going back to normal afterwards is what weakens the bone and thins muscle, leaving the big empty space inside, a vacuum with nothing to fill it. But for now, she feels full. Complete and content, happy. Her day, she decides on balance, can be ruined tomorrow.

Cath Holland is a writer of fiction and fact based on Merseyside. She is published in Mslexia, Know Your Place – Essays on the Working Class (Dead Ink Books), Story Cities (Arachne Press), NFFD anthologies, Fictive Dream, Spontaneity and lots more beautiful places in print and online. Twitter: @cathholland01

Picks from the Past…The Uncanny

As the Smoke Took Her

Can You Hear Me, Little Sister? 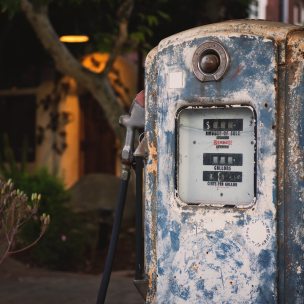 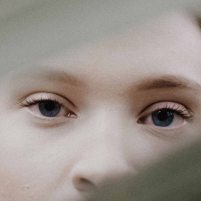