‘YOU’RE NOT clever,’ Miss Gerard told us. ‘If you were clever you wouldn’t be in this class.’

Thirty pairs of eyes stared back at her. Thirty girls listened to a detailed description of their low intelligence. Thirty teenage hearts beat a little faster.

‘You’re lucky you’ve got teachers prepared to work with pupils who couldn’t plot their way out of a wet paper bag,’ she mocked. ‘Your parents pay school fees so that you can—despite all evidence to the contrary—pass your exams.’

Her words penetrated like poison-tipped darts, but the more she fired the more cartoons I drew on the pad on my knee: Miss Gerard in the copse with a gag around her mouth; a cushion over her face; a knife in her throat; hanging from a tree; bullet holes in her chest; an axe in her head.

Martha, the new girl, glanced over my shoulder and stifled a giggle. Her hand shot up.

‘I’m thinking we’d have a better chance of passing our history exam if you actually taught us history instead of highlighting your inadequacies as a teacher.’

Miss Gerard’s eyeballs rolled out of their sockets.

Miss Gerard’s face blanched. She lunged towards Martha, tripped over someone’s outstretched foot, then bolted out of the classroom, wheezing like she was having an asthma attack.

‘We’ll be expelled,’ someone muttered.

Martha waved my cartoons. ‘Quick,’ she said. ‘We’ll vote on the best one.’

When the Principal opened the door to our classroom twenty minutes later, she saw thirty girls reading their history books. We stood up as she entered. She signalled for us to sit, cleared her throat and said, ‘Miss Gerard has handed in her resignation. She’s made it clear that she doesn’t want to see any of you, so stay in your classroom until she leaves the building.’

As she turned to leave I thought I saw the ghost of a smile on her face.

I thought of that smile as we all waited in the copse for Miss Gerard.

Sandra Arnold lives in New Zealand. She has a PhD in Creative Writing from Central Queensland University, Australia and is the author of five books including three novels, a non-fiction work and a collection of flash fiction. Her work has been widely published internationally, placed and short-listed in various competitions and nominated for the Pushcart Prize, Best Microfictions and The Best Small Fictions. 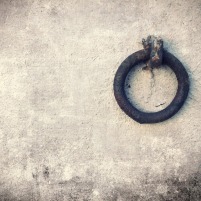 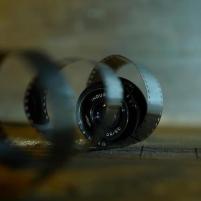 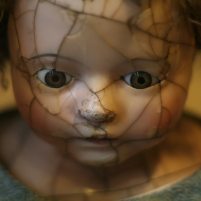