The boy at the water’s edge doesn’t give a shit about the Little Lending Library his mom planted in their front yard. Couldn’t care less about the soccer camp, coding camp, Pedal-Warrior bike camp she’s enrolled him in, come summer. He is already a warrior, preparing for war.

He slides the spear from the leg of his overalls, its point whittled sharp by the knife he’d stolen from the kitchen drawer of the AirBnb while Mom was angry-unpacking, Dad angry-pacing the porch, caring nothing of the view or fresh pine smell, his hollers echoing off high trees. The boy had slipped knife into pocket, spear into pantleg, slipped out the back door.

Now he hunches over his find, this mysterious offering from the sea, splayed across rocky shoreline. He stares deep into the creature’s one visible, bulbous eye, larger than his own clenched fist. Did it wash ashore already dead? It didn’t even stink yet. He resists an urge to plunge his spear into its eye, its absent glare infuriating him. He uses the spear instead to draw a circle around the fish, measuring its significant perimeter in tight footsteps: one, two, three, four…

His count is interrupted by a pair of off-season beach vacationers approaching in shorts despite the evening cold, the man’s hands shoved deep in cargo pockets, the lady—younger but not as pretty as the boy’s mom—smiling at the boy. He notices her noticing the fish.

‘Wow, what a strange find!’ she says, taking in its startling size, its galaxy-blue head and speckled orange torso, its wicked-sharp fins.

The boy positions himself in between the couple and the fish, knees locked, as if about to shoot his dad’s gun, braced strong against the recoil.

‘It’s mine,’ the boy says, gripping his spear.

‘I see,’ the man says, raising an eyebrow to the lady, the two exchanging smirks. The boy knows they’re making fun of him.

‘Perhaps you should report it to Fish and Wildlife,’ says the lady, her voice calm like his teacher’s. She is holding her phone, poised to take photos.

‘One picture,’ says the boy, stepping aside so she can line up a clear shot, the horizon darkening in the background, on the verge of disappearance.

‘Isn’t it beautiful?’ she says, sliding fingers to zoom in.

‘So strange,’ the man says, circling the slick-flat fish, examining its shimmering scales while the lady snaps pictures, kneeling in close. ‘Definitely doesn’t belong in this part of the Pacific.’

‘Can I get one with you in it?’ she asks the boy. ‘Since you’re the one who discovered it?’ She motions for him to enter the shot. ‘What’s your name? In case I see you on the news?’

The boy wavers, then puffs out his chest, imagining his parents seeing him on the nightly news, the three of them watching together from the rented couch, legs-touching close. He digs his spear into the sand beside the fish, staking his claim.

‘Wallace,’ says the boy, though he goes by Wally. His bullies call him Waldo, and it was Walrus before that, before he’d thinned out, started training for war.

He watches as the lady eyes the empty, darkening shoreline, the long space between homes and tide, no beach bags, umbrellas, towels set out. No buckets of sand toys, lotions or aloe vera. He’s keenly aware of the man’s touch against the small of the lady’s back, urging her on, finally leaving the boy alone with his fish and his spear.

He doesn’t have much time before his parents notice he’s gone. He needs to move the fish, but it is too big to transport without tools, its circumference larger than a manhole cover, three feet across at least. It stares at him, its dead kiss-puckered lips disgusting, as he decides what to do, imagining the moment he presents it to his dad, his mom, both of them beaming with pride.

He must move it quickly from the shoreline before the tide reclaims it, but its razor-sharp fins slice into his tender skin. He feels no pain, savors the sight of own blood. He is a warrior.

It’s your mom and dad at war, not you, the school therapist had said, before he was sent home, before he was expelled, before his parents packed him into the car and drove him here so they could fight somewhere new for a while.

‘We all need a change of pace,’ his mom had said, ‘a breath of fresh air,’ when he knew she smoked Dad’s Marlboros behind the shed when he went to bed, filling her lungs with tar, darkening what’s left of her smile. Did she think he was a goddamn idiot?

He has an idea, because he’s no goddamn idiot. He peels his shirt off from under his overalls, the metal suspender tags cold against his pale, bare skin. He wipes the blood from his fresh cuts across his scrawny biceps and the sharply angled apples of his cheeks, bites hard into his lip as the freezing breeze cuts across the water, tasting blood as he lays his shirt on the sand. Warrior.

He circles the creature, attempts to push it from behind, but can’t navigate the sharp tail fins, comes around to clutch and yank it from its face-side, his hands slipping and catching on cold, scaly flesh, feeling its glossy, orange skin separate from its body, its body ripping at his force as he pulls and pulls.

It’s too heavy, heavier than he imagined, but he’s not leaving without it, not showing up at the rental empty-handed, not letting anyone come along and steal it out from under him. It’s his, this rare, weird, beautiful thing. He tears into it, wrenching and yanking until it comes apart in his hands, its blood mixing with his own, its beauty reduced to flesh and bone. But he won’t stop until the work is done, until he has something—anything—to show for himself.

Kelle Schillaci Clarke is a Seattle-based writer whose stories have appeared or are forthcoming in The Penn Review, Los Angeles Review, LEON Literary Review, Gone Lawn, and other journals. Her work has been nominated for Pushcart, Best of the Net, and Best Small Fiction awards, and she was recently awarded the Pen Parentis Fellowship for 2021-2022. She can be found on Twitter @kelle224 and at her website: www.kelleclarkecreative.com. 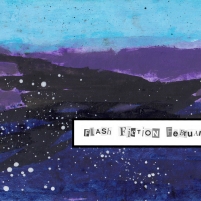 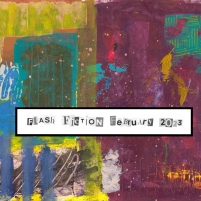 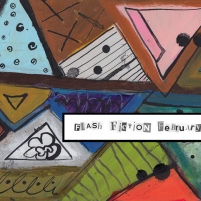 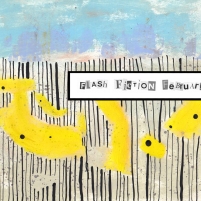 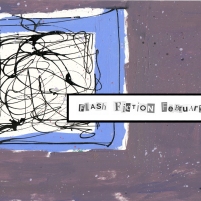