The bike—hot pink, 16-inch wheels, with one handlebar missing its grip—meant nothing to me. It had been left under a junk heap in the yard of the first house I’d bought myself and, for everything else, I called Waste Management. For the bike, I posted in my Give Everything group and hoped a young parent would respond. My mom—who’d traded arcade tickets for tchotchkes by day, bartended by night, and never owned a piece of property in her life—once got me a chipped-up army green bike for free.

For two days, I glared at the eyesore in my soon-be-amazing yard, anxious for a mom like mine to take it home for a kid like me. On the third day, I got a response that said, Me.

An hour later, an old woman shuffle-limped up the cracked driveway I’d soon be replacing. Trying not to stare at her jittery hands, I asked how old her grandchild was.

She mumbled, ‘That’s it,’ took the lopsided handlebars, and began walking away.

Thinking she’d sell it, I suddenly wanted it back. I stepped forward to take it, but she’d already heaved an unsteady leg over. Looking up at me, she snarled, ‘Buzz off.’

She was no doubt a tweaker. And, I realized, not as old as her weather-beaten body looked. If she didn’t sell drugs, she at least dealt in ill-gotten kids’ toys. People like her were why I was tearing down my fence and building it higher.

I grabbed the bike’s faded front fender. But she had just pushed off and, in that weightless moment, I saw her wrinkled face gather its exhaustion and rise. The result was something like the joy I’d known as an eight-year-old with a hand-me-down gift, and I’d seen it on my mother’s face exactly once, while eating an enormous cinnamon roll. This was one month after my father left, and we were at an expensive bakery. She was cutting off huge, sticky bites that she gnashed hard, moaning, eyes rolling back with each swallow.

People around us were staring. And he was an asshole not worth keeping around. But, instead of saying, ‘You’re free now, Mom,’ I smirked and said, ‘If you love it so much, why don’t you marry it?’

She opened her eyes and looked from the cinnamon roll to me. And then to the people around us, including a kid who’d laughed at my comment. She wrapped up the cinnamon roll and, as she threw it away, said something I couldn’t hear. I didn’t ask her to repeat.

The old woman had wrenched the crooked handlebars away from me and was slowly pedaling, knees out and toes up. Through the cool air of my new neighborhood, I heard a distinct ‘whee’ that might’ve come partly from the rusty cranks, but certainly her throat, too. I didn’t chase her down.

Michelle Panik’s stories have appeared in Terrain, The Sierra Nevada Review, and Six Sentences. She’s also a lit reader for cahoodaloodaling and a book reviewer at Mom Egg Review. In an effort to hang out with her kids more, she recently traded her adjunct teaching job to substitute teach in their school district. She lives with these amazing kids, along with her husband, on the edge of California, in Carlsbad. 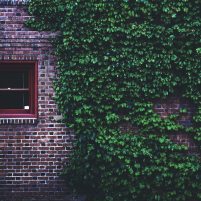 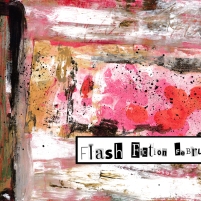